The new Kamiq SUV, which is expected to go on sale towards the end of 2019, is expected to closely follow the design established by the Vision X SUV concept Skoda displayed at last year's Geneva motor show. 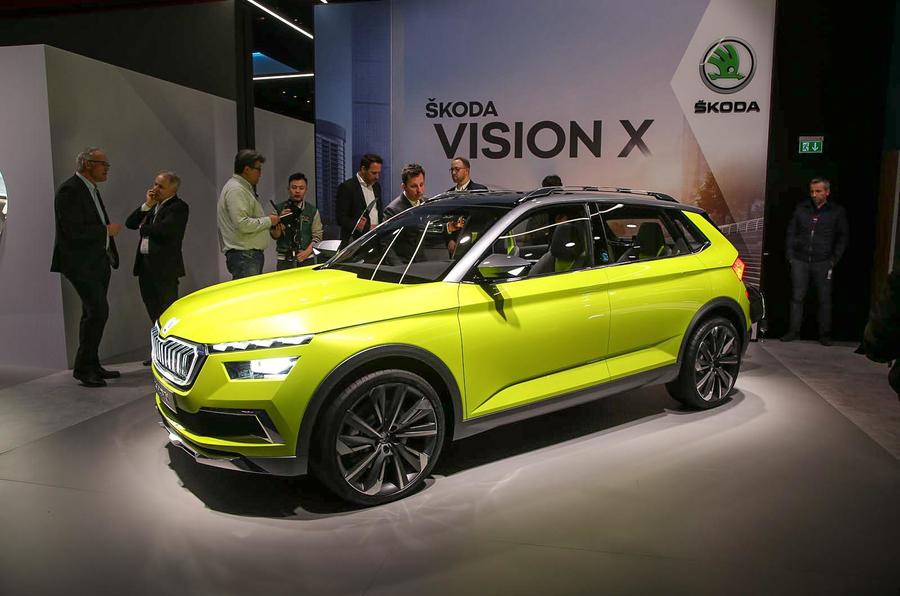 Based on the same version of the Volkswagen Group MQB platform as the Seat Arona and Volkswagen T-Roc, the new production model will be the third and smallest in Skoda’s SUV line, underneath the Karoq and Kodiaq.

there are some design features new to Skoda. The lights have been raised, with thin daytime running lights and indicators above the main headlights. At the rear, the Vision X features L-shaped tail-lights that line up with a similarly shaped bumper reflector.

Notably, the rear bootlid of the concept doesn’t feature a Skoda logo, with the brand name spelt out instead. Something we've seen on the new Skoda Scala.

Our Skoda Kamiq Forums are free to join and open to all.

Copyright 2019. Not associated with Skoda.